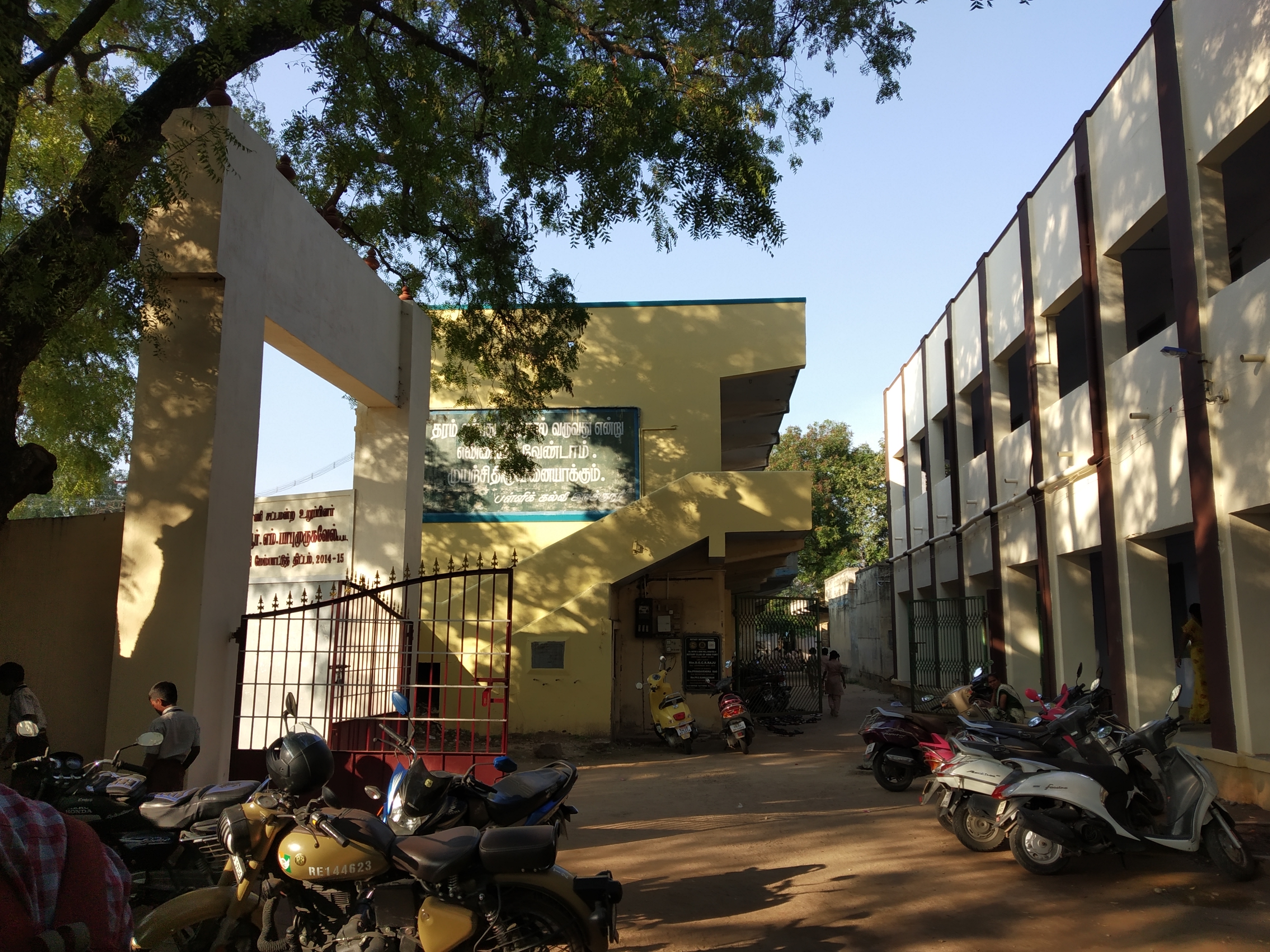 A day before the implementation, our staffs Mr. Praveen and Mr. Karthick reached school at 2.15 pm. Then they discussed about the Television installation with Mr. Karunakaran, Principal of the school. On that evening they received the television through courier.

This Government Girls Higher Secondary school is very near to Arni bus stand. In total 1680 girls were studying. Girls are coming from around 25 kilometers. Teachers are from 8 km surroundings. Each section there are 60 students on average and 34 sections in 6th to 12th. In 1992, this school developed as a higher secondary from middle school.

On the day of implementation, around 11.30 am our staffs Mr. Praveen and Mr. Karthick went to the school and installed the television. The principal arranged lunch for our staffs and some PTA members. After lunch students from 6th to 8th were assembled in the Multimedia classroom. Then they arranged a small function to honour the sponsor India Team and Vetrivel foundation. On behalf of Vetrivel foundation, our employee Mr. Praveen gave a banner containing the details of sponsors, flash drives containing Maths, Science educational videos and a television to the school headmaster. With the presence of the school headmaster, our staff Mr. Praveen presented our Khan academy Tamil Maths videos to the students and also he gave a demo to the teachers about how to use this multimedia system. The students were very excited to watch the videos. Students from different classes watched some of our videos and enjoyed. Also they personally said their feedback to our staff. Some as follows:

Mr. Karunakaran personally said the difficulties they are facing. He mentioned that the Government funds for maintaining or developing the school infrastructure is limited. Government itself insists the school Heads to get help from the NGO’s. Now he is managing this problem with the help of some NGOs like Rotary club and Lion’s club. The main problem facing by most of the Government schools is the lack of funds for maintenance.

Then the principal of the school Mr. Karunakaran gave a small speech and thanked our Vetrivel foundation and India Team who sponsored for the implementation. The teachers conveyed their gratitude and hopes that they can give a better education with this Khan Academy Tamil multimedia classroom program.