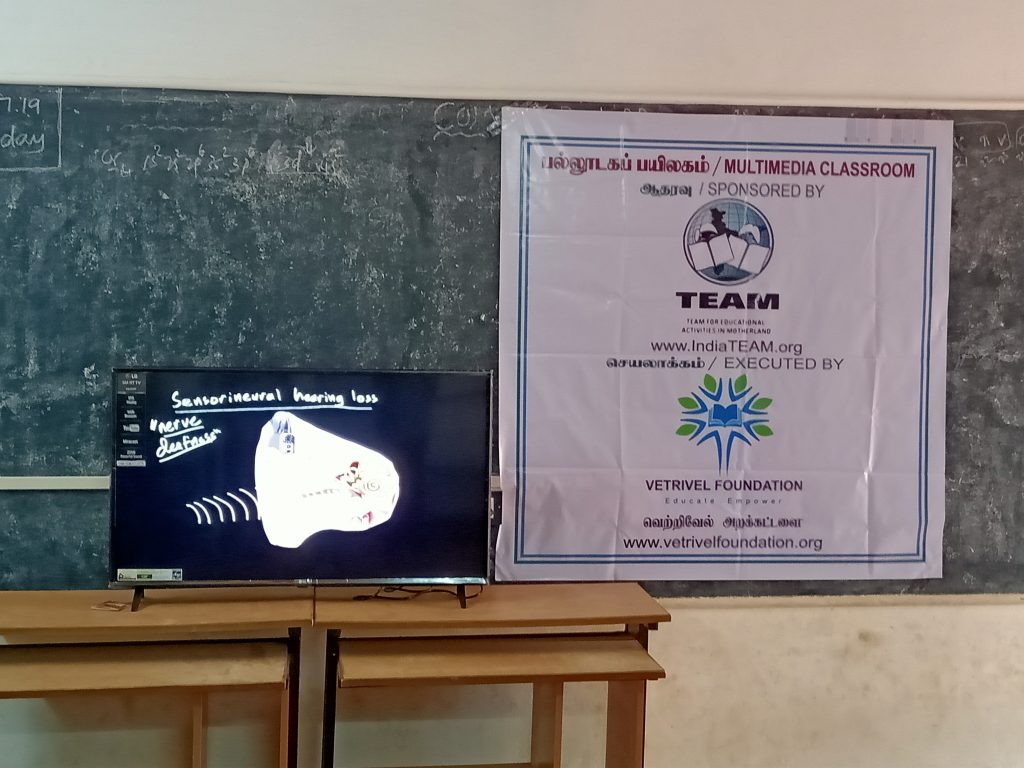 The main objective of the Foundation is to provide education for the rural students equivalent to foreign nationals. Till now, the Khan Academy Tamil Multimedia Classroom Program has been established in 35 schools of Tamil Nadu. 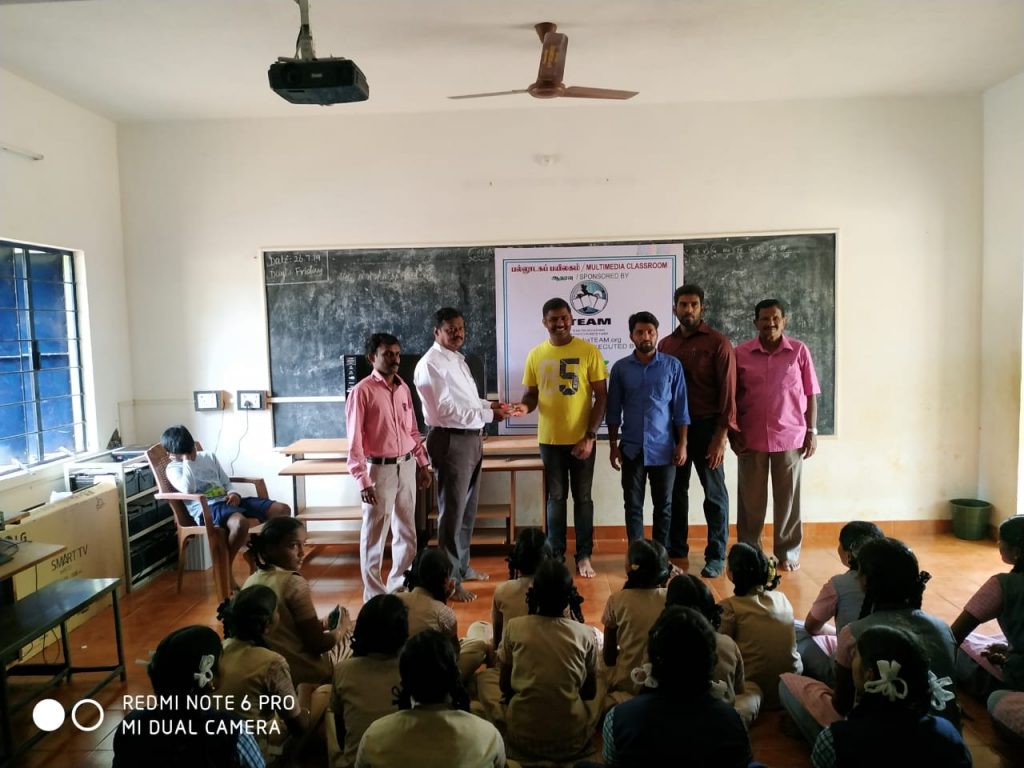 Children from around six villages are studying in this school. Our employee Mr. Thangaraj and Mr. Pandiyan, former student of Konur school reached the school on the day of implementation. In school, Mr. Pandiyan took photos with the students and his teachers. He initiated the Khan Academy Tamil Multimedia Classroom Program and hoped that the program helps students and teachers to understand easily. There are videos of general science and Maths in the flashdrive given by Vetrivel foundation for the students of first to eighth grade. He wishes Vetrivel foundation to achieve its dreams of implementing the project all over Tamil Nadu.

Mr. Anburaj, principal of the school, students and teachers  were thankful to Vetrivel foundation and to India Team, which supported the  implementation of Khan Academy Tamil Multimedia Classroom Program in their school.

On behalf of Vetrivel foundation, our employee Mr. Thangaraj provided a banner containing the details of sponsors, flash drives containing Maths, Science educational videos, a UPS system  and a television to the school headmaster.

The principal of the school hopes that they would provide good quality education to their students through this Khan Academy Tamil multimedia classroom program.