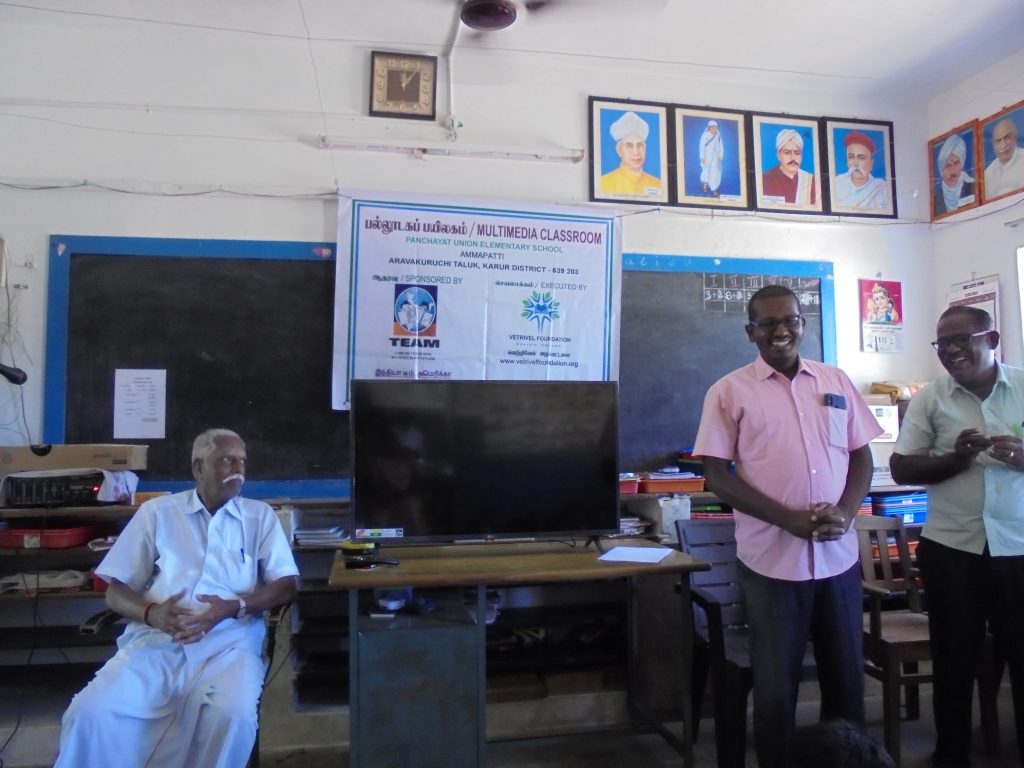 On the day of implementation, our staff Mr. Karthick reached Karur at 6.45 am. Then around 9.00 am he went to school with the school headmaster Mr. Kaliraj and Mr. Chinnalagu who is the father of one of the members of India Team. This Panchayat Union Primary school is 15-18 km away from Karur. Students of this school are coming from Ammapatti, Sangarapatti, Vellalapatti and Saminadhapuram. This is a common school for these 4 villages. There are 22 boys and 11 girls and totally 33 students were studying. 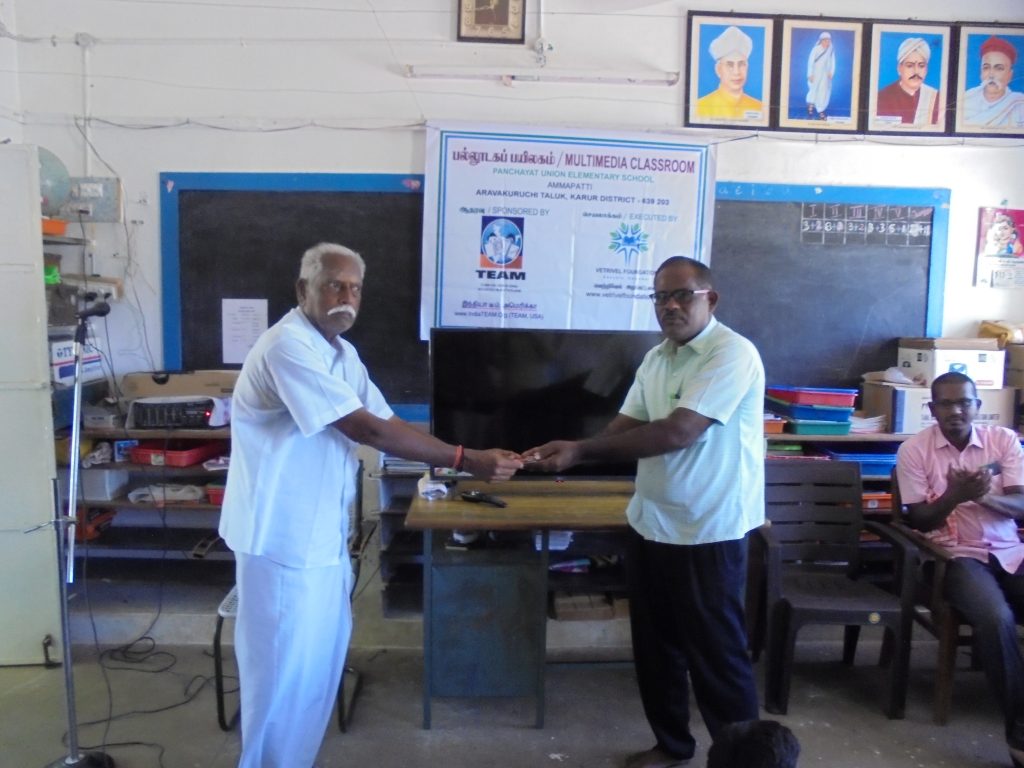 In the school they arranged a small function to honour Mr. Chinnalagu, India Team and Vetrivel foundation. The principal of Panchayat Union School of Solathasanpatti Mrs. Umsalma and some others from nearby schools came for our Khan Academy Tamil multimedia classroom implementation. Some of the parents are also attended the function.

On behalf of Vetrivel foundation, our employee Mr. Karthick gave a banner containing the details of sponsors, flash drives containing Maths, Science educational videos, a UPS system and a television to the school headmaster. Students from different classes watched some of our videos and enjoyed.

During function, each and every one gave their small speech about the implementation. They all proposed the following:

The teachers felt that most of the rural primary schools consists only couple  of teachers. So this Khan Academy Tamil multimedia classroom helps them for extra time to focus on other students. They are looking forward to  videos for practicing sums and for other subjects. And this smart TV has the facility of displaying news channels, so it helps the students to gain general knowledge.

Then the principal of the school Mr. Kaliraj gave a small speech and thanked our Vetrivel foundation and India Team who sponsored for the implementation. The teachers conveyed their gratitude and hopes that the strength of their school will increase because of this Khan Academy Tamil multimedia classroom program.