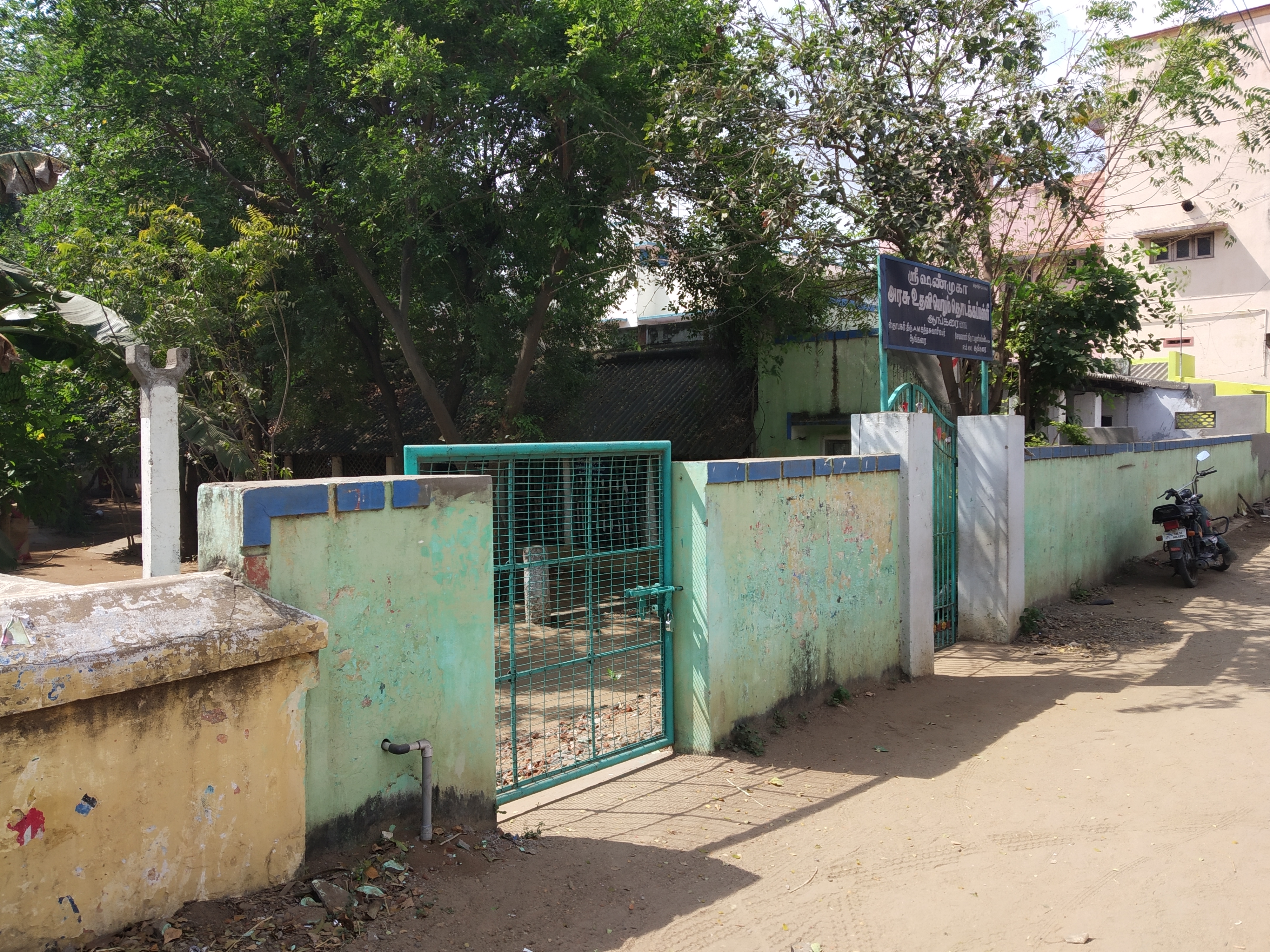 Sponsored By : Mr. A. N. Krishnamoorthy and Family 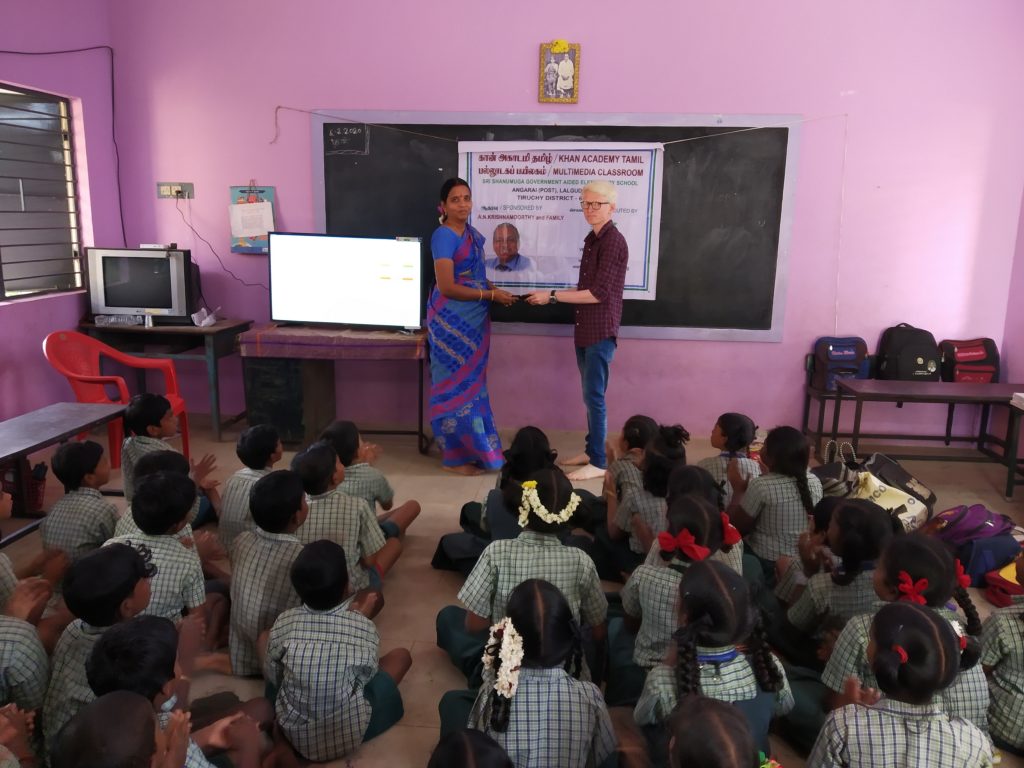 This Primary school is very near to Lalgudi bus stand. In total 97 were studying, 50 girls and 47 boys. Students are coming from an area with a radius around 1 kilometer and from 2 villages. With the fund contributed by the teachers, they arranged auto facilities for the students. They said that the Samacheer syllabus and Diksha videos are very useful. Mr. Saravanavel and Mrs. Elayarani are the couples taking care of the school for the past 13 years. Mr. Saravanavel said that the infrastructure was fully developed by our sponsor Mr. A. N. Krishnamoorthy. 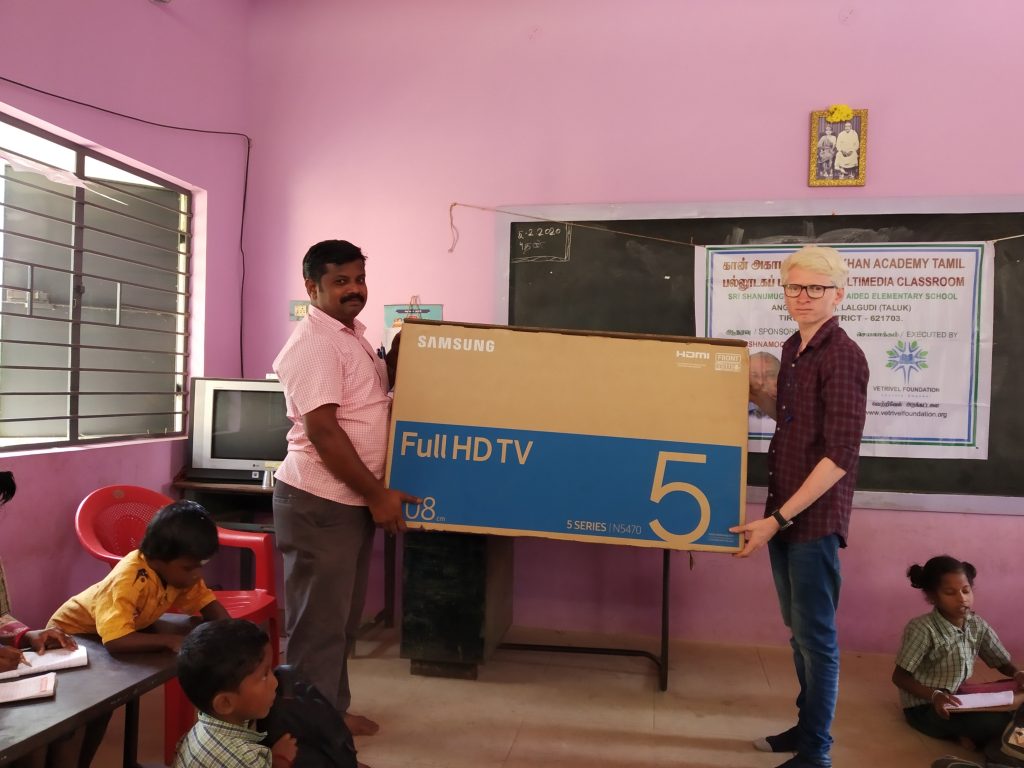 On the implementation, our staff Mr. Praveen reached Trichy at 6 am. From there he collected the television from the courier office and searched for a battery shop. Then he reached the school with the television and battery around 9 am. Then they installed the TV and they arranged some students from different classes. On behalf of Vetrivel foundation, our employee Mr. Praveen gave a banner containing the details of sponsors, flash drives containing Maths, Science educational videos and a television to the school headmaster. With the presence of the school headmaster, our staff Mr. Praveen presented our Khan academy Tamil Maths videos to the students and also he gave a demo to the teachers about how to use this multimedia system. The students were very excited to watch the videos. Students from different classes watched some of our videos and enjoyed themselves. Around 10.45 am the implementation programme was completed. After that our staff Mr. Praveen had a talk with the Principal and students.

Then the principal of the school Mrs. Elayarani and Mr. Saravanavel gave a small speech and thanked our Vetrivel foundation and Mr. A. N. Krishnamoorthy who sponsored the implementation. The teachers conveyed their gratitude and hope that they can give a better education with this Khan Academy Tamil multimedia classroom program and it can increase their school strength.