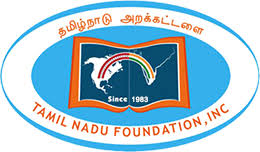 Tamil Nadu Foundation is a nonprofit foundation created in 1974 by a group of Americans of Tamil origin who wanted to help people from their native province of Tamil Nadu in India.

The organization was founded on Thanksgiving Day, November 29, 1974, in Baltimore, Maryland, USA. The founders were Dr. P.G. Periasamy, Dr. R. Palanisamy, Dr. P. Theagarajan, and Dr. P.R, Perumalswami. TNF was incorporated in Maryland in December 1975, and was given tax-exempt status in April 1976.

Ever since the founding, TNF has functioned to the objectives stated in the constitution. More than 600 projects were sponsored by 1000+ family members of TNF. These projects have touched excess of 300,000 people in Tamil Nadu and made a difference
in their lives.